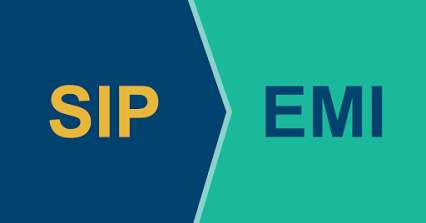 Combination of EMI and SIP can save you lot of money

What if your Home loan tenure is reduced without increasing EMI, even if the interest rate remains the same? Sounds interesting? Read it.

In year 2010, I bought the flat into the Ahmedabad for which I took the home loan of Rs 48 Lacs from one bank. At that time the interest rates were around 10.5%. So I decided to take the loan for the maximum tenure available, i.e. 20 years as I could afford the EMI of Rs. 47922/-.

The bank RM came to my office for completing the paperwork. While filling the forms he asked me about the tenure which I would like to go for. I told him to go for maximum tenure i.e. 20 years. Bank’s RM told me, “Sir maximum limit is not 20 years it is 25 years”. According to my calculation I was ready for paying  Rs 47992/, an EMI amount for 20 years of tenure considering 10.5% interest and Loan of Rs 48 Lacs.

So if I chose to go for 25 year, EMI would be lesser. I tried to do the exact calculation and ended up with some unique Idea which I am sharing through this article. The EMI for the 25 years tenure was worked out to be Rs 45302/, resulting into the saving of Rs 2600/ per month  into the EMI. So I decided to go for the longer tenure i.e. 25 years.

Now financially and mentally, I was ready to pay for Rs 47992/ of EMI per month. So I decided to start an SIP of this Rs 2600/- (saving in EMI due to increased term) and to use the amount accumulated through this particular SIP to repay the Loan into the future.  I did some calculation in excel to check with the help of this combination of reduced EMI and SIP, how would it affect my loan repayment schedule.

My older SIPs were giving me some 18% kind of a CAGR, while doing the calculation I assumed that my future SIP would generate 15% CAGR. I found out that with this combination and assumed return of 15% CAGR from SIP, I can repay the loan in just 18 years and 2 months.

In both the above cases my monthly outflow is same, only difference is into the methodology. In first case I am only paying EMI in second case by increasing tenure I am making saving into the EMI and doing the SIP of that saving, making my monthly outflow same as that in case 1.

In the whole process I would pay 22 EMIs less compared to Case one, making an absolute saving into the EMI worth Rs 10.54 Lacs. Though Bank charged me 10.5% interest but for me the effective interest worked out to be only 10.03%.

If you are planning to buy the Home loan and if you have decided to take the loan for shorter period then you can use the above idea to save some EMIs. So if you have decided to go for 15 years of tenure and your bank is ready to provide you maximum tenure of 25 years, I suggest you to go for the higher tenure and utilize the monthly saving into EMI due to increased tenure to start an SIP into the some good diversified equity mutual fund.

If you have already taken the loan you can still utilize the above idea by asking bank to increase the tenure or you can also transfer your loan from one bank to another and while doing so, go for the maximum tenure.

I transferred the above said loan to some nationalized bank at the time 22 years of tenure was pending in earlier bank. I opted for 30 years of tenure in my second bank where I transferred my loan, further reducing my EMI. I added that saving also into the SIP and that would again save few more EMIs.

Thus, by selecting the maximum tenure and doing the SIP can help you repay your loan earlier. The return assumed into the above calculation is not the guaranteed return but I can safely assume that kind of return from SIP into my portfolio. My current portfolio has a CAGR of around 18%, while in calculation I have assumed 15% CAGR only.

*The return showcased is the assumed return and is not to be treated as any assurance or guarantee.